Spider-Man: Into the Spiderverse was one of the greatest Spider-Man movies of all time. Recently, Sony announced a second intsallment to the series! With that in mind, we’re counting nine Spider-People we want to see in the sequel to the beloved movie! 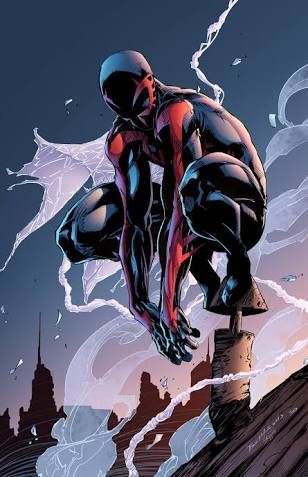 Spidey 2099 is one of the coolest alternate versions of Spider-Man ever! His costume is great, his world is great, and just everything about him is amazing! Because of that, we want to see him in Into the Spiderverse 2! Given that he was in the post-credit scene of the first movie, this may not be too far off. 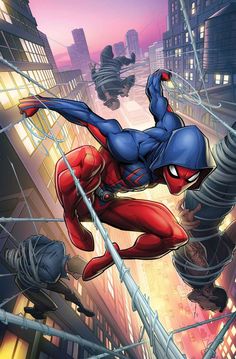 Though the Clone Saga is one of the absolute most-hated Spider-Man stories of all time, a lot of people (including us) adore this version of the Scarlet-Spider. He has a pretty great backstory, a cool suit, and a clever name (mashing Aunt May’s maiden name and Uncle Ben’s first name together). With all that in mind, he’d be a great candidate to appear in Into the Spiderverse 2. 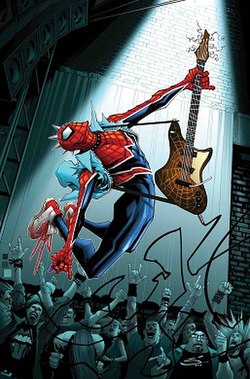 Hobie Brown is the Prowler in Earth-616, but in Earth-138, he got bitten by a spider that became irradiated by an illegal waste dumping. After that, he became a slightly insane, foulmouthed, reckless, punk rock version of Spider-Man who wields an electric guitar, wears a vest jacket, and has freaking SPIKES on his head just to drive that image home. He frequently joins forces with Captain Anarchy(Earth-138’s version of Captain America, if you couldn’t tell) and Hulk to rebel against the regime of President Osborn. So Uncle Ben’s dead, right? Right? RIGHT? Well, in most universes, yes, he is, but on Earths-3145 and 91918 he survived, and even became Spider-Man! Both of these alternate versions-of Uncle Ben as Spider-Man would be great to see on screen, but we prefer the Earth 91918 version, as to us having young Peter Parker as a sidekick is more creative than just having Ben take Peter’s place.
Told you that comics will find a way to bring everyone back to life.
Even Uncle Ben.

Billy Braddock was a British kid with pretty much the same origin as Peter Parker, but get this, he’s British! Oh, did we forget to mention that he was British?

“So what separates him from other versions of Spider-Man?”
“He’s British!”
“Yeah, I get that, but if he has basically the same origin and powers as Earth-616 Peter Parker, how is he different?”
“He’s British!”

In all seriousness though, Braddock is a cool character, but the fact that the one thing that separates him from the other versions of Spider-Man is that he’s from Great Britain doesn’t warrant him being placed next to Spider-Man 2099 or Spider-Punk. While not technically someone from an alternate universe, Silk is an awesome Spider-Person. Bitten just moments after Peter Parker, by the very same radioactive spider, Cindy Moon was kept in a vault for most of her life, until Peter Parker freed her. After that, she became Silk, and fought crime alongside Spider-Man.

We’d love to see Silk hit the big screen in Into the Spiderverse 2, but the fact that she’s not technically from another universe puts her down here on the list. 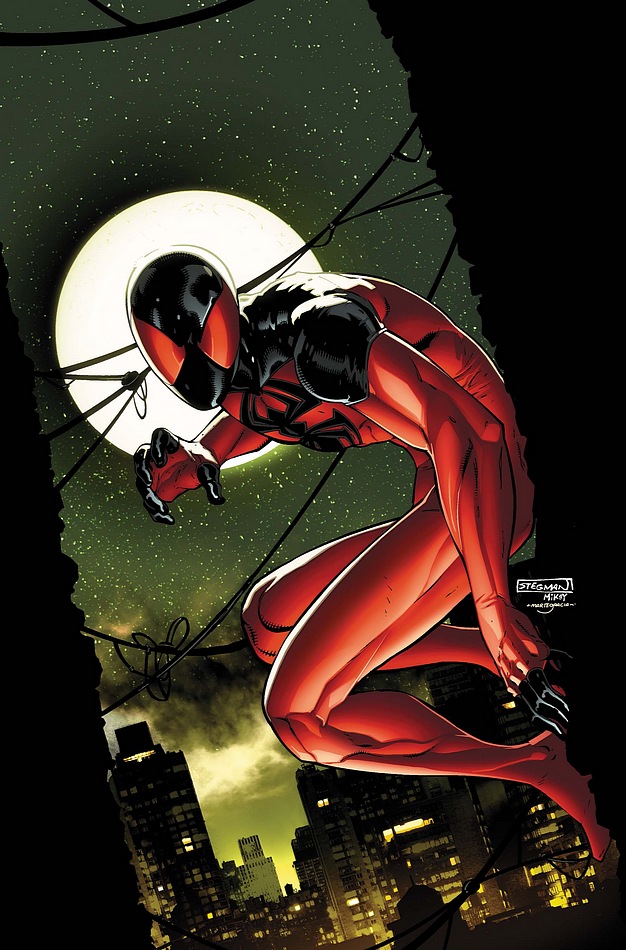 Okay, now to the other version of Scarlet Spider on the list. Kaine Parker is sort of an anti-hero, so it might be cool to see him possibly betray the team? We don’t know how it would turn out, but Kaine is a pretty cool character that would make a great foil for other members of the team. The only thing not placing him higher is that he isn’t developed as much as other characters, and he’s far inferior (in our opinions) to the Ben Reilly Scarlet Spider.

Mayday Parker is the daughter of Mary-Jane Watson and Peter Parker. She’s intelligent, funny, and has a pretty cool suit. Seeing her on the big screen would be pretty cool. Perhaps she is the child that Mary-Jane of Peter B Parker’s universe always wanted? That would be pretty awesome, but we’ll see what the future holds. Sooooooo….. Andrew Garfield never got a conclusion to his series, right? Not to mention Tobey Maguire never really got a good conclusion to his series(as Spider-Man 3 doesn’t exist). Well, what if we were to see them come back and maybe get a satisfying conclusion to their story arcs in Into the Spiderverse 2. This is one of the most requested things for the sequel by fans, and given that Peter B. Parker in the first movie was originally going to be voiced by Tobey Maguire, this may have been their plan all along. However, because they couldn’t get him in the original, they probably couldn’t get them in this version either.

That doesn’t mean we couldn’t get Andrew Garfield, though! Even though he’s not the most loved Spider-Man out there, it would still be great to see one of the live-action Spider-Men coming back!